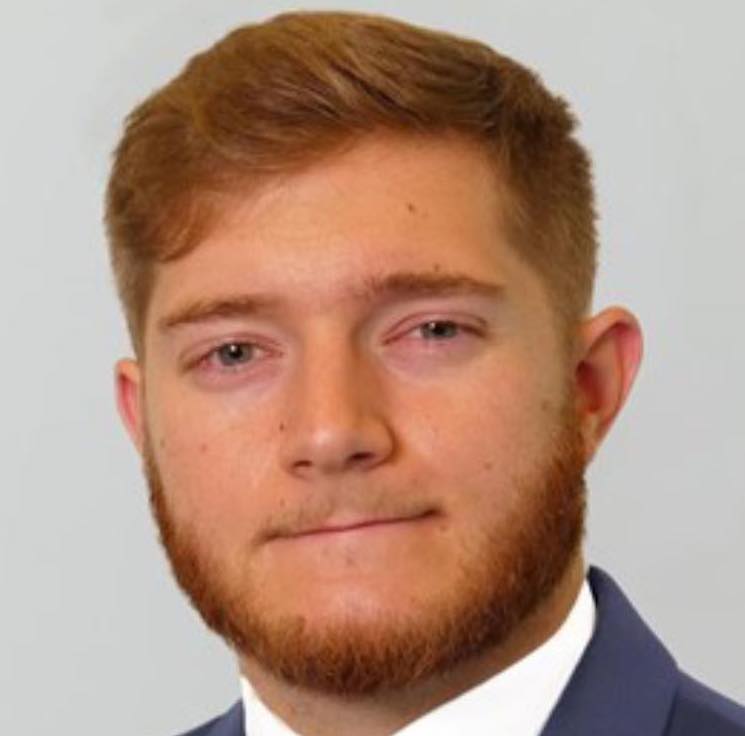 Statistics act as an important business tool to turn data into meaningful insights that reveal deficiencies and the overall health of an operation. Likewise, they also highlight some ugly truths that people may not recognize on the surface. If you take a moment to study business as a whole and the demographics that make up business owners and the most successful people, you will find a startling lack of representation. Women, black people, and virtually any minority group will be notably absent from statistics of founders, high-ranking officials, and investors. White men make up the overwhelming majority of business leaders. To a large degree, this lack of representation is the result of systemic problems that limit success, such as education funding and housing issues. However, in the startup community, there are numerous ways that businesses can improve on this lack of representation and make a difference through the very makeup of their operations. Here are five examples of problems and the solutions that businesses and investors can apply to make a difference: 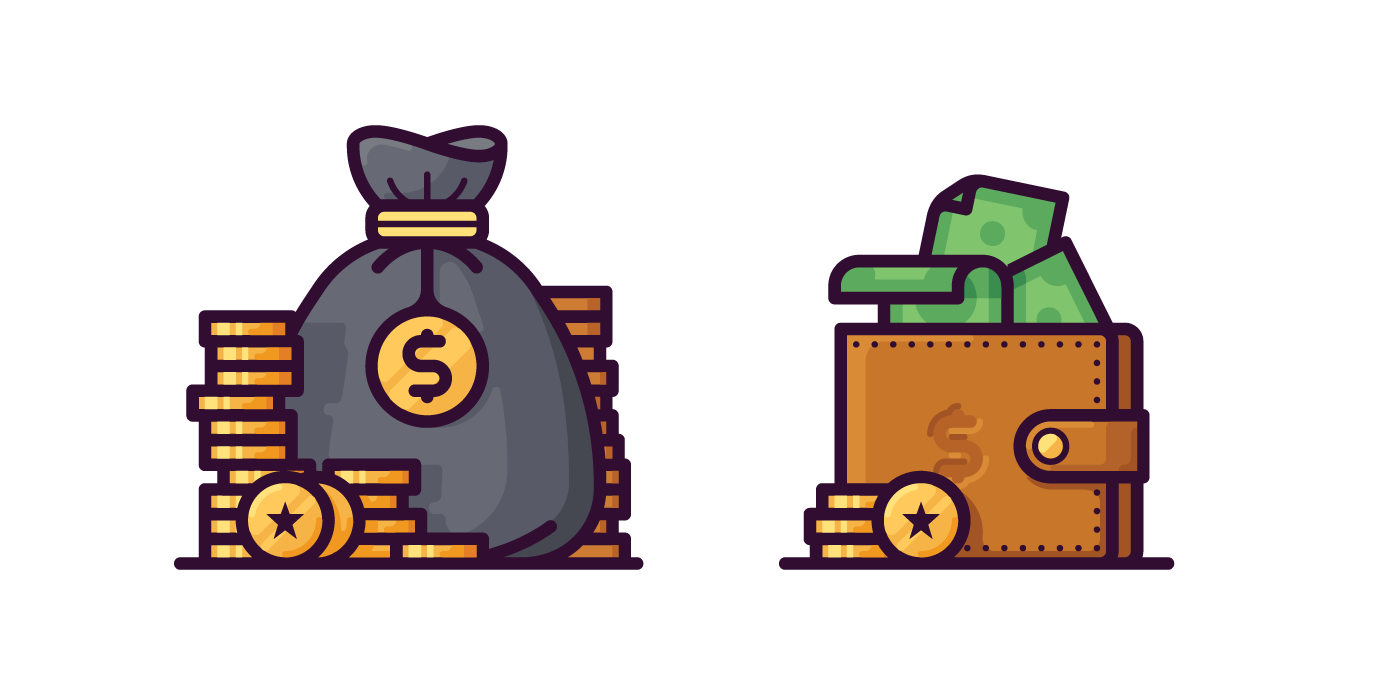 What is venture capital? It’s the money that investors give to fund startups in hopes of making a big return in the future. So basically, it’s the crucial food that sustains new business operations and scaling. But that funding is oftentimes reserved to a very specific demographic. According to Statista, “a 1500 person study conducted by Richard Kerby found that over 80 percent of U.S. venture capitalists are men and 70 percent of venture capitalists are white.” Right off the bat, this should highlight that there is a problem, and that problem cannot simply be explained as a societal issue. This statistic means that the venture capitalists who feed new businesses lack a variety of perspective. And as a result of this lack of representation, the businesses that receive funding mirror that lack of diversity.

Before we can fix a problem, we have to recognize that there is one to begin with. Educating oneself is the biggest hurdle, but if you, as a venture capitalist, recognize that a system is not operating equitably, something as simple as adjusting your funding policy can cause ripples in the industry. So to paint a picture of an ideal situation, imagine that a white male venture capitalist has some money he wants to invest. He can choose to invest in another white male, but instead he actively seeks to allocate his investment budget to groups with female founders. As a result, the female-led company scales and becomes wildly successful. The venture capitalist and the founder make a ton of money and now the female founder wants to give back. She then chooses to act as a venture capitalist, following the same model of funding underserved demographics. Before long, a new cycle is formed that fuels itself on diversity rather than similarities. And the same goes for funding minority-led businesses. This way, targeted investing can eliminate the current problems in funding demographics. 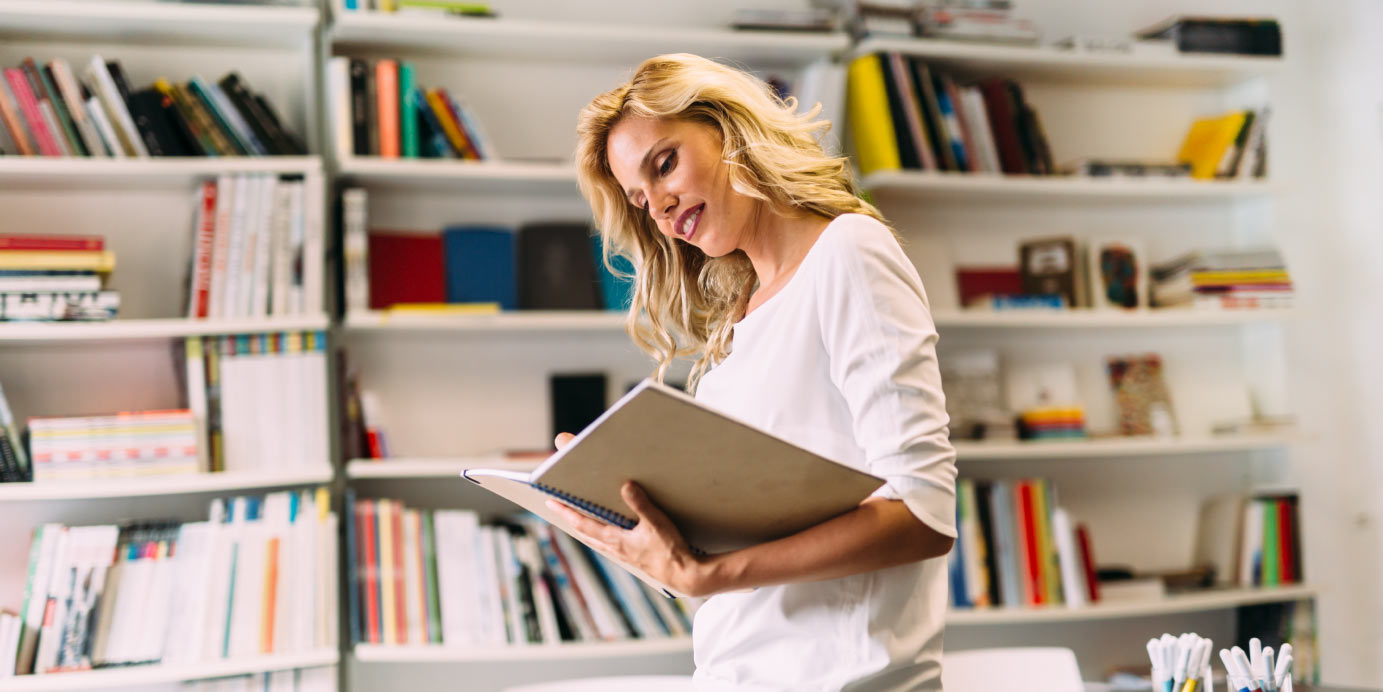 According to a statistic from Small Business Trends, women accounted for 25% of small business owners. If the system was truly equitable, women would represent close to 50% of small business owners. Instead we have a system where men hold the overwhelming majority of business ownership. So why are women so rarely business owners? Another statistic from Statista mentions that only 2% of venture funding goes to women. So in large part, venture funding is a part of the problem because of withholding funding from female founders in favor of males. In addition, many founders will likely choose other males to be their co-founder without even thinking twice, compounding an already obvious lack of female representation. But thankfully, we can choose to address this problem as founders as well.

For the sake of this example, imagine that there is a male founder. There are ways that you can help solve the problem by how you launch your business. You will likely desire to have a co-founder or several co-founders to help you out. Consider the value of perspective. Women see things differently than men. They understand things from another viewpoint and therefore provide valuable insights that a male could not. So in terms of perspective, a team consisting of a man and a woman will be more valuable than one consisting of all males. So it only makes sense to seek out someone who is a woman to be your co-founder. In doing so, you improve your business immediately and you stop the perpetuation of an inequitable system all at once. 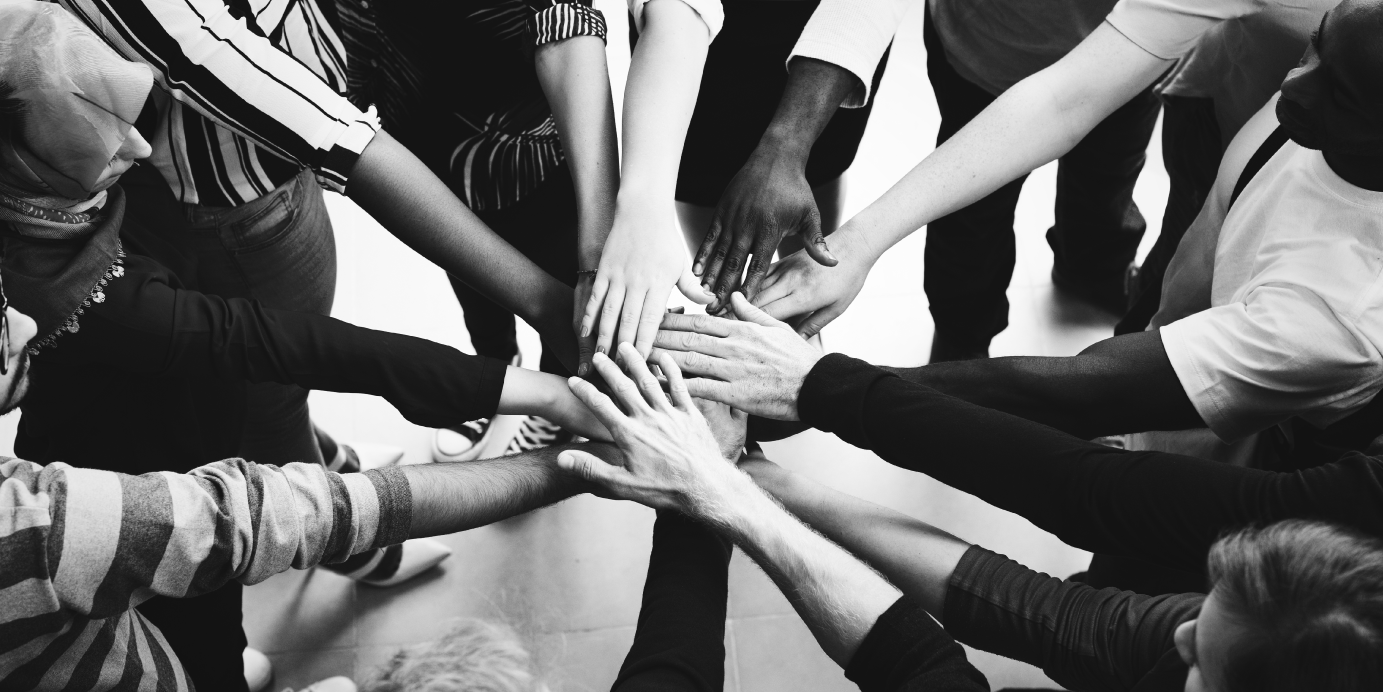 Another startling statistic from Small Business Trends - minority races account for 24% of small business owners. So less than one in four businesses is owned by someone who isn’t white. As mentioned earlier, racial discrepancies in startup demographics are largely due to systematic failures that cause cycles of disadvantage. Coupled with the fact that venture capitalists are unlikely to invest in minority-led businesses, it is extremely difficult to garner funding as a minority business founder. There are so many barriers to success that white men never have to consider. Although the best way to level the playing field is via education funding reform, there is always more we can do at the business level.

As in the case of female-led startups, a conscious effort to seek minority founding members is the most direct way to impact this problem on the business level. Once again, adding diversity to your founding team will translate to value in the form of a new perspective. The problems we face, the means of reaching new people, and the ways of solving these problems are all influenced by cultural and demographic makeup. Make no mistake- if you do not have a diverse founding team, you will be doing your business a disservice by starving your operation of different viewpoints. However, I don't mean to say that you shouldn't choose a partner who you believe is a good fit if they are the same race. In the event that your founding team is all of one race, just make it a point to have advisors and senior leadership from other races and backgrounds. That way, you still enrich your operation with new viewpoints as well as give diversity a voice within your startup. It is very simple to create a founding framework where increasing diversity is built into your recruiting and human resources. So help improve your business while leveling the playing field for minorities. If there was ever a win-win situation in business, this is it. 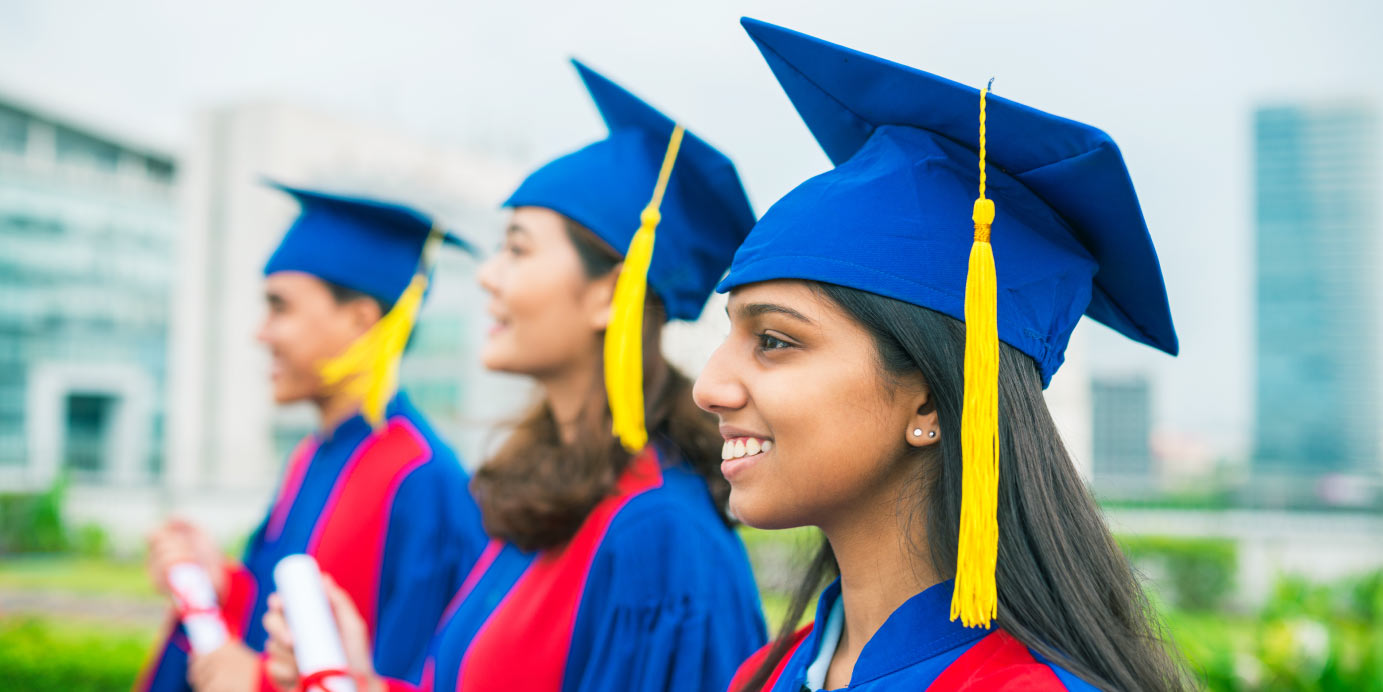 If you have money, if you’ve wondered about what venture capitalism is, and if you want to make a difference, you can be part of the solution. Take steps to help out local startups. Seek out investment opportunities in causes you believe in. If more people with the means of doing so got involved in venture capital, it would be effortless to dwarf the current numbers that these two universities command. By becoming a venture capitalist, you can help solve the world's problems by putting your money where it is most useful. And you can get returns like you’ve never imagined. Funding a startup may seem risky compared to other possible ventures. But don’t forget, fortune favors the bold. And it doesn’t get much bolder than funding a startup that could change the world forever.

At the end of the day, creating a truly equitable startup culture will require fixing a grossly inequitable society. But to sit by when you can make an impact at the business level would only magnify the problem. So if you’re a venture capitalist, or even a prospective one, know that your ability to improve startup demographics is unmatched. If you are a founder or soon-to-be founder, recognize that aligning your operation with diversity practices improves your own business while helping promote the greater good. And no matter what your interest in business, even if you just enjoy reading about business practices and culture, we can all make a difference. Giving voice to the problems that the underrepresented face and letting lawmakers and representatives know that we want to improve a failed system will ultimately lead to the change that makes equality intrinsic in society and naturally crucial to the best businesses.

Jared Bertrand is a freelance writer from Covington, Louisiana. He has worked with several startups during his time attending Tulane University as well as post-graduation. He holds a Bachelor of Science in Management in Finance with a specialization in entrepreneurship. He writes on a wide range of subject matter from insightful startup content to his personal gardening blog.

How E-commerce Can Save Brick & Mortar Stores

How E-commerce is Democratizing Business Building

10 Reasons Why Your Startup Needs a Venture Accelerator